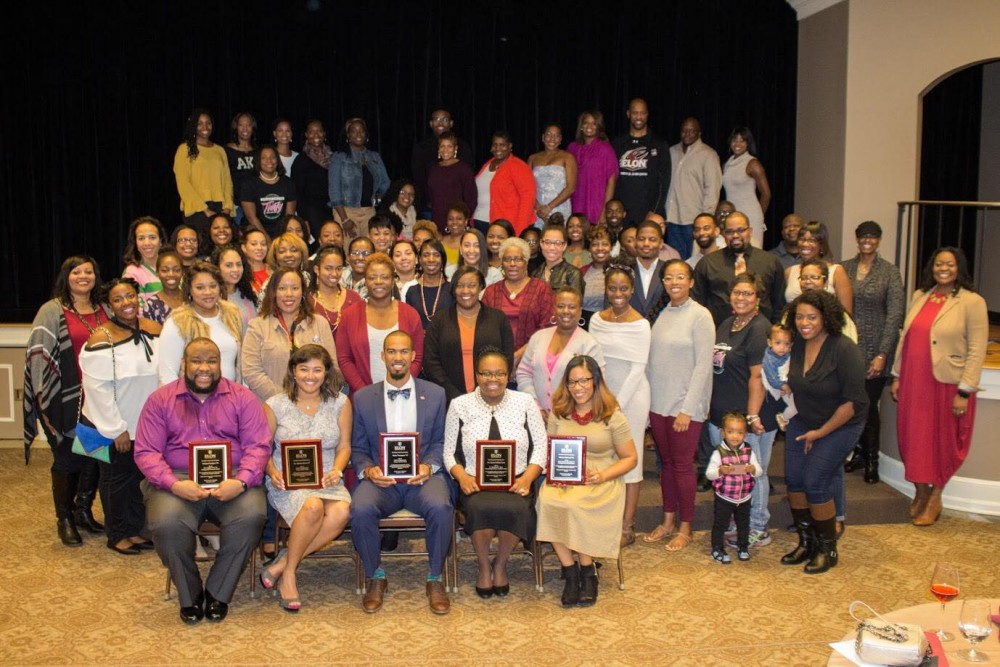 Building relationships with black alumni, networking and philanthropic purposes are the main aims of the Elon Black Alumni Network (EBAN) but that doesn’t mean current students don’t benefit from the network.

“We are a support network system for current students. It’s not just about being alumni,” said Eden Brown, vice president of EBAN.

Since its inception in 1997, EBAN has evolved over the years, according to Aliana Harrison, associate director of Residence Life for residential education and community development.

“Key alumni wanted to make sure there were ways for black alumni to still be connected,” she said.

Gatherings were initially informal, starting with meet-ups in a single room at Homecoming, but as the relationship with the alumni engagement office grew stronger, a rebranding occurred about 10 years ago, and the Elon Black Alumni Network in its current form was created.

“From there, the network became more structured,” Harrison said.

Elon gave the network five years to raise $50,000 to have the scholarship endowed. The alumni base reached the goal in three years. “We have been able, every year since then, to give money to a black student,” Harrison said. “We will work with the university to identify a student who is high-achieving but may need additional financial support in order to maintain being a student here at Elon.”

EBAN also acts as a sounding board and voice for current students. “We come to their events; we want them to know that we are here for them if they have concerns or have ideas or anything that would make the black student experience better,” Brown said. “We often have brought those ideas and concerns to upper administration.”

One of the struggles EBAN faces is lacking levels of engagement. Brown said the situation has improved as the network became more organized over the years.

“We’re looking at trying to get more engagement, and part of that was, when it wasn’t as clear what is going on, it’s easy to lose engagement,” Brown said. “Now that we have a clear structure and we’re being more open about communications, we’re seeing that our numbers are going up for the whole alumni body.”

Engagement is a challenge because of the small number of black alumni and their inconsistent experience at Elon that may affect their decision of investing their time into the school after graduation.

“There probably a little less than 2,000 black alumni in Elon’s entire history,” Harrison said. “All of those alumni have had very different experiences. You are going to talk to some black alumni who loved their Elon experience. You will talk to other black alumni, and also depending on the generation when they were here, that had very bad experiences here.

“Then when it’s time to think about coming back to Elon or giving back to Elon, some people have some pain about their Elon experience. EBAN is currently trying to reactivate some of these old alumni in addition to reaching out to current students.

Another component of EBAN is a mentorship program designed to match older students with alumni. “We knew there were a lot of support systems for first-year students, so we didn’t want to compete with that,” she said. “This mentorship program is ideally for juniors and seniors who can apply, and then they are matched with alumni.”

The EBAN mentorship program is currently not connected to the SMART program, but Harrison said the network has contributed to events hosted by the Black Student Union in the past by sending alumni there. “We are beginning now to work with Brandon Bell, who is one of the assistant directors in the CREDE who works with the SMART program, and part of his role is also to work with the Black Student Union and other initiatives for black students’ success.”

Freshman Cameron Mullins said that connecting with the CREDE would be helpful for EBAN to reach more current students.

“While it is run predominantly by black students and black faculty members, it is a place where every student — no matter what their race is — can go,” Mullins said. “If they really want to start getting in touch with black students, they need to go to the CREDE and get affiliated with them because the CREDE is where many black students on campus, including myself, know about what’s going on in black life on campus.

“That’s the best chance they have at really getting themselves known with the black community on campus,” Mullins said.