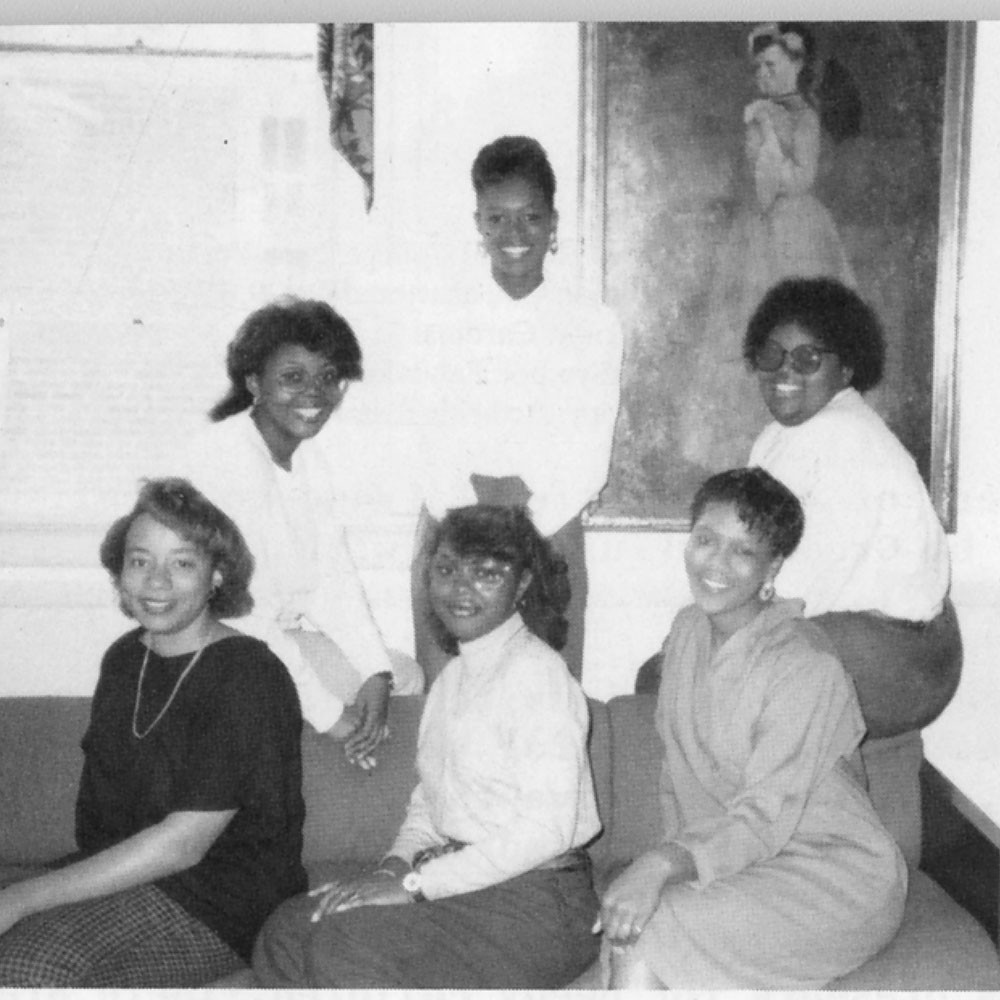 Alpha Kappa Alpha, was one of the first NPHC sororities on Elon’s campus in the NPHC, was chartered in 1987. [Photos courtesy of Elon Archives]

Elon University is a predominantly white institution. Almost 6 percent of Elon students are African-American. In the 1980s, the National Pan-hellenic Council (NPHC) was established at Elon for the African-American community.

Nationally, the NPHC was established in 1930 as a place for African-Americans to be able to participate in Fraternity and Sorority Life (FSL). But it wasn’t until the late 90s did Elon’s IFC and the PA recognize the sororities and fraternities in the NPHC on campus and paired with them in events.

“The whole history of the NPHC is an organization that created community where there wasn’t necessarily one,” junior Dyamond Howell, president of the Omicron Iota chapter of Delta Sigma Theta said. “It’s kind of like having historically black colleges; black people weren’t allowed to join white sororities and fraternities.”

FSL is still a large part of Elon’s campus today, with 42 percent of students involved in a Greek organization, according to Elon’s website.

Though only 2 percent of students in FSL are in the NPHC, that 2 percent sees this as beneficial. Junior Samira Foster, president of Omicron Epsilon chapter of Alpha Kappa Alpha, loves the bonding that she gets out of her chapter.

“It is a very small, close-knit community,” Foster said. “We are in unison, because there’s not very many of us. It feels like you have a family.”

Connecting to the community through service is a draw for many students when joining an organization in the NPHC over one in the IFC or the PA.

New president of Sigma Phi Epsilon, junior Nicholas Smith, said his fraternity also serves at the local boys and girls club. He said he would love to see fraternities under the IFC and NPHC coming together and pairing up for more events.

“I definitely want to partner with the NPHC in the future,” Smith said. “I see lots of similarities between us and Alpha Phi Alpha.”

Smith sees it as important in improving diversity for organizations in the IFC to partner with the NPHC. He hopes to do more as a new leader in his fraternity.

Alpha Phi Alpha serves with the Boys and Girls Club as well. Sophomore Xavier Bryant, treasurer of the Sigma Delta chapter said, “You can tell that they really appreciate it, for the children they like seeing older African-Americans that are in college. We kind of serve as mentors and role models without really even knowing it.”

The NPHC emphasizes that students are making a lifelong decision that will affect their future when they join an organization.

“Joining this organization in particular along with their values, it gave me a lifelong sisterhood that I get to use beyond college,” Foster said. “This is literally a lifetime commitment.”

Students in the NPHC want to stay connected to their organizations after college.

“When you graduate, you still see people wearing their letters from the NPHC,” Howell said.

The majority of those attending the NPHC’s events are from the African-American community. But the NPHC wants to expand their audience and educate the general public on issues, rather than speaking to the same people.

“AKA’s were talking about the dynamics of the black family, but there are only black people coming those events,” Howell said. “We as a community already know what needs to be discussed and talked about on Elon’s campus. But the people who need to learn about it don’t show up.”

Foster said her favorite event during Alpha Kapa Alpha’s programing week this fall was the N-word forum, where her sorority partnered with the Black Student Union. The forum discussed the sensitive topic of using the N-word, it’s history and how people have become desensitized to it.

“I would like to see more white people coming in particular just because those are important racial conversations we have there,” Foster said.

Students in the NPHC believe that improving in understanding is where to begin in increasing inclusivity on Elon’s campus.

Foster hopes to pair more with other PA organizations in the future to gain a better understanding of their organizations.

The NPHC is famous for hosting the strolling and stepping dance offs, where all three councils join to teach different types of dances. But many of the chapter members want to be known for more than just that one event on campus.

“I think it’s important to know that we are a very well-rounded community of people, and we do more than stroll and step,” Howell said.