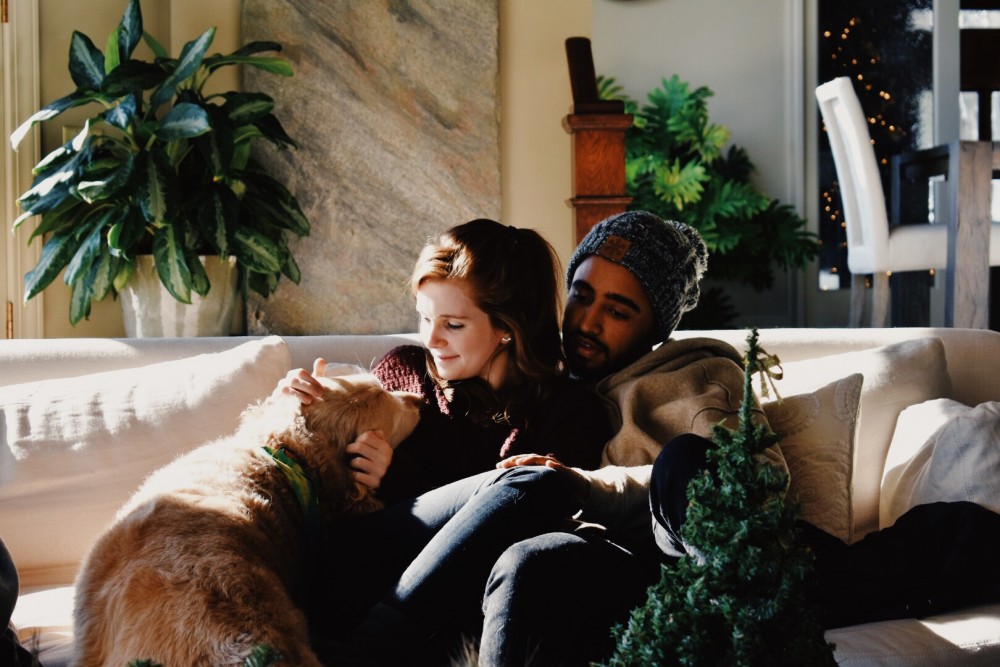 With Elon University students hailing from 49 states and 58 countries, long-distance relationships are not uncommon.

Freshman Savannah Bulloch came to Elon from Bracknell, United Kingdom, an hour outside of London. This change in location left Bulloch with a decision to make about her relationship with boyfriend, Omar Latif.

“We started out our relationship not wanting to date in college,” Bulloch said. “We sat down and had a really serious conversation. I realized that if I cared about someone that much, why would I not want to be with them?”

Bulloch said Latif is taking a gap year abroad during her first year of college in the United States.

“We just decided to see how it works and go with every day,” Bulloch said. “So far, it’s been working.”

Bulloch and her boyfriend have been dating for a year and one month. Six months of their relationship have been long distance.

Latif spent the first part of his gap year interning in London and is now working as a ski instructor in Verbier, Switzerland.

“At first, long distance wasn’t the plan,” Latif said in a phone interview. “However, as we got to know each other better and take our relationship more seriously, we considered how serious we wanted to take it and if we genuinely thought we would manage to make it through long distance.”

“I think that’s something that's really important that people should think about in their relationships if they’re going to do long distance,” Bulloch said. “You want to keep your friendship with them rather than just the idea of having that relationship.”

Freshman Liam Lampl and girlfriend Jess Moser, who is a student at Wake Forest University, have been dating long-distance for six months as well.

“It wouldn’t make sense to break off something with someone I already like,” Lampl said.

Sophomore Sydney DeCaro faced similar issues when deciding to stay with her boyfriend, Kyle Goodier, when leaving for Elon. They had been dating since they were 14 years old.

“We tried to just take a break and see how that went to give ourselves an opportunity to experience college and be our own [people],” DeCaro said. “But we ended up just missing each other too much.”

Now, DeCaro and her boyfriend have been dating long distance for one and a half years. Goodier attends Clemson University, but he is currently studying abroad in Australia.

Bulloch expressed the challenges of distance, ranging from time zones to communication.

“The time difference is really hard, especially when you have classes all day,” Bulloch said.

“You want to have a genuine conversation with them, but you’re trying to focus because you’re [at school] to get an education.”

“Accepting that inevitability but still not distancing yourself from the other is a really prominent challenge,” Latif said.

Bulloch expressed that having separate lives allows them both to share the life and friends they had at home, and also share the new experiences they encounter on their own.

“It’s been nice because instead of him being wrapped up in all my business, here I can just tell him what’s going on,” Bulloch said. “Having him come visit is always a bonus because it’s fun to show him my new life.”

DeCaro, who has now been with her boyfriend for five and a half years, finds that it is difficult to be removed from her partner’s daily life.

“Not being a part of the other person’s life as you once were is a challenge because it’s hard to go from not long distance to long distance,” DeCaro said. “You’re not really involved in everything.”

However, DeCaro recognizes that having space has allowed her to focus on school and her friendships at Elon. It has also made visits and summers with her boyfriend more rewarding.

Bulloch believes there are some ways to combat the challenges faced by long-distance relationships.

“We always make sure to send each other a message every day that says what we’ve been up to,” Bulloch said.

Bulloch and Latif now find that the most rewarding aspects of their relationship are centered on the moments they get to see each other and the support system provided by their partner.

“When you or your partner are struggling with something, you can have the other support you and help you through things,” Latif said. “Having someone to share your day with is still really rewarding.”

“I think that we kind of gravitated toward each other because it made it feel like home,” Dirks said.

Dirks said the distance made it difficult to communicate with his girlfriend without it feeling obligatory. Because of this, balancing communication and distance became increasingly arduous in the relationship.

“It ends up feeling like a job or a chore more than something you would enjoy,” Dirks said. “I don’t think talking every day is a good thing because then it starts to feel forced.”

Bulloch agrees that long-distance relationships are difficult for all couples, even those who have been together for long periods of time.

DeCaro also finds that long distance requires work and is a challenge for any relationship.

“If you’re with the right person and you actively work at it, then I think it is definitely rewarding,” DeCaro said. “I think it’s a challenge to overcome and if you can overcome it then it makes your relationship stronger.”

Lampl thinks that, despite his own experience, long-distance relationships are still relationships that can either succeed or fail on their own, regardless of the distance.

DeCaro described one of the “most romantic” things her boyfriend has done was when he surprised her before leaving for his semester abroad in Australia.

“On his way to Australia, he flew out of Georgia. On his drive down to Georgia, he decided to surprise me and just showed up at my door,” DeCaro said. “The last time I was supposed to see him was two weeks before [his flight].”

Bulloch said one of the most romantic things Latif did also related to the adjustment they would be facing when she moved to the United States for college.

“He decided that it would be nice for us to spend the day with my parents even though it was his birthday,” Bulloch said. “He didn’t need to do it because his birthday was supposed to be all about him, but he made it more about us and our well-being.”

Bulloch and Latif said that they prioritize being their own people before their romantic relationship.

“We’ve been really working toward [maintaining this] whenever we’ve been drifting away from that or if we think we’re going through a rough patch,” Bulloch said. “We always just focus on the fact that we are friends first.”

Bulloch said that in addition to communication, it’s important to value the substance of a relationship.

“I think that’s something that’s really important that people should think about in their relationships if they’re going to do long distance,” Bulloch said. “You want to keep your friendship with them rather than just the idea of having that relationship.”